Worshipping of springs and water on Summer Solstice have been part of Pagan traditions in Norway long before Christianity. People believed that water and even dew on the grass acquired special powers that night. This belief together with ritual bathing and washing in springs lived on long beyond the introduction of Christianity. 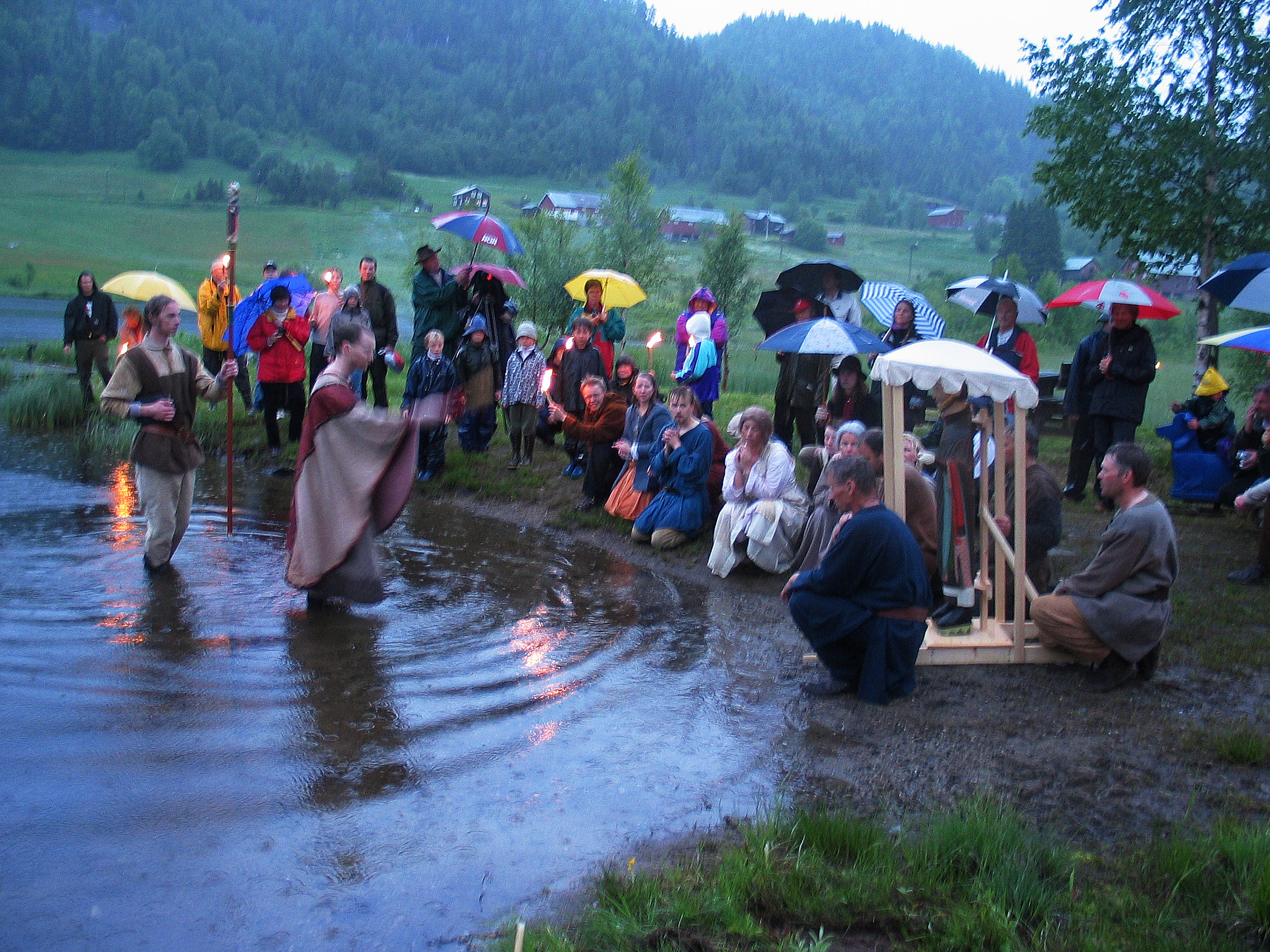 Ritual bathing at Eidsborgtjønni during the Summer Solstice

In the beginning, the church tried to stop the worshipping of water, but in order for the church to approve of the pagan midsummer rituals they consecrated springs and ponds.

When Eidsborg stave church was built around 1280, the bishop dedicated it to St Nicholas. He is the patron saint of fishermen, the poor, and in some areas, farmers. He also could save shipwrecked sailors. In the Anglo-American version, he is the model for the popular Santa Claus, who was first presented to the world in an ad campaign by Coca Cola in the 1930’s. 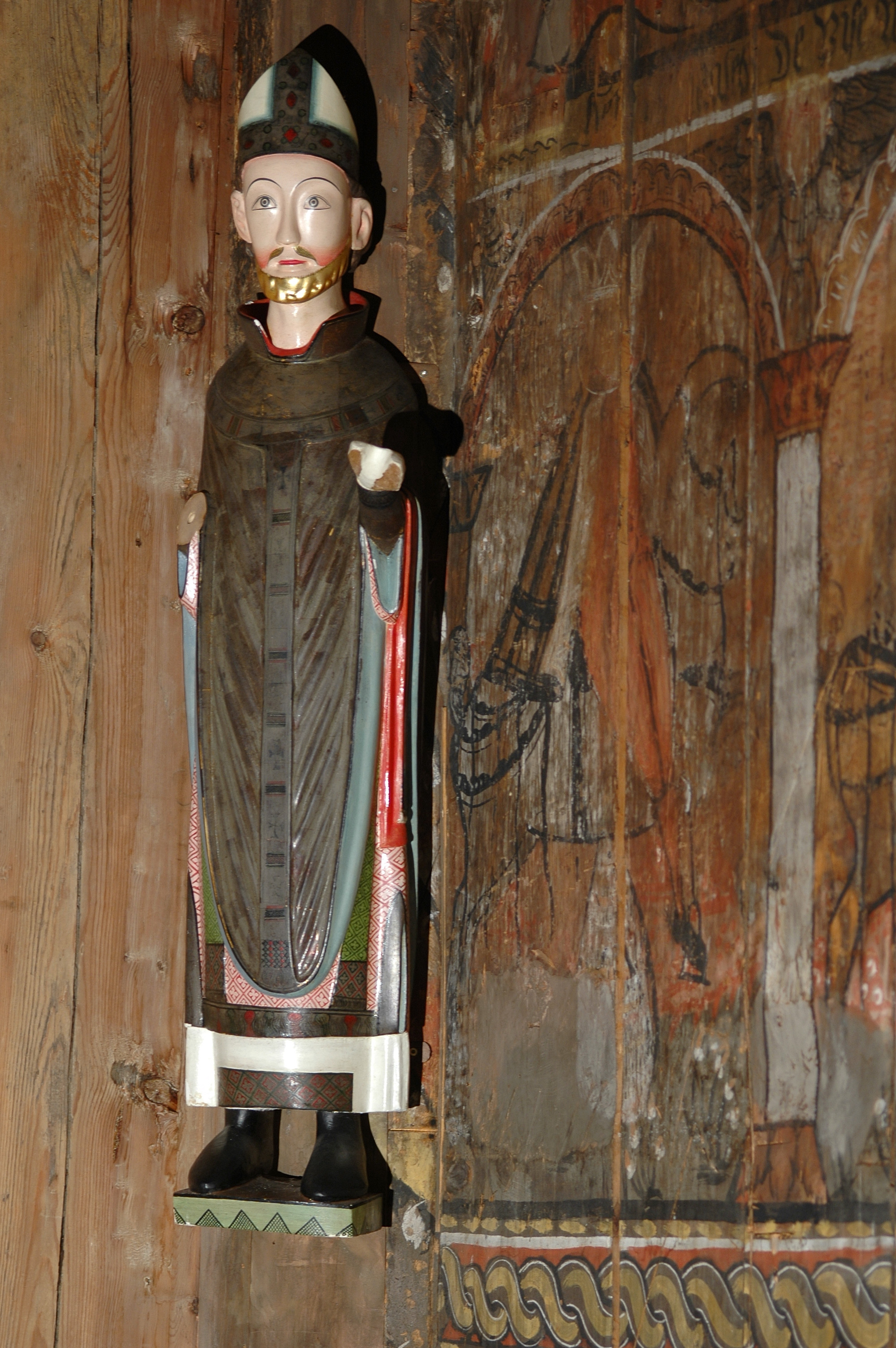 At Eidsborg Stavechurch you can se the statue of St Nicholas

The statue shows a bearded St Nicholas, clad as an archbishop. The beard is made of imitation gold, and in his left hand he once held a crozier. His right hand is missing, but it was probably raised as in a blessing manner. This statue was made somewhere between 1270 and 1300 about the same time the Eidsborg stave church was finished.

The worship of St Nicholas is said to have begun in the 6th century, and after his skeleton was abducted from Myra to Bari, Italy in 1087, he became one of the most important Christian saints. Little by little, people began to make pilgrimages to his grave.

The relics of St Nicholas were believed to exude a miraculous liquid that was bottled. Many people experienced healing from the liquid, and in the 12th and 13th century, vials containing “Nicholas water” were popular all over Europe. 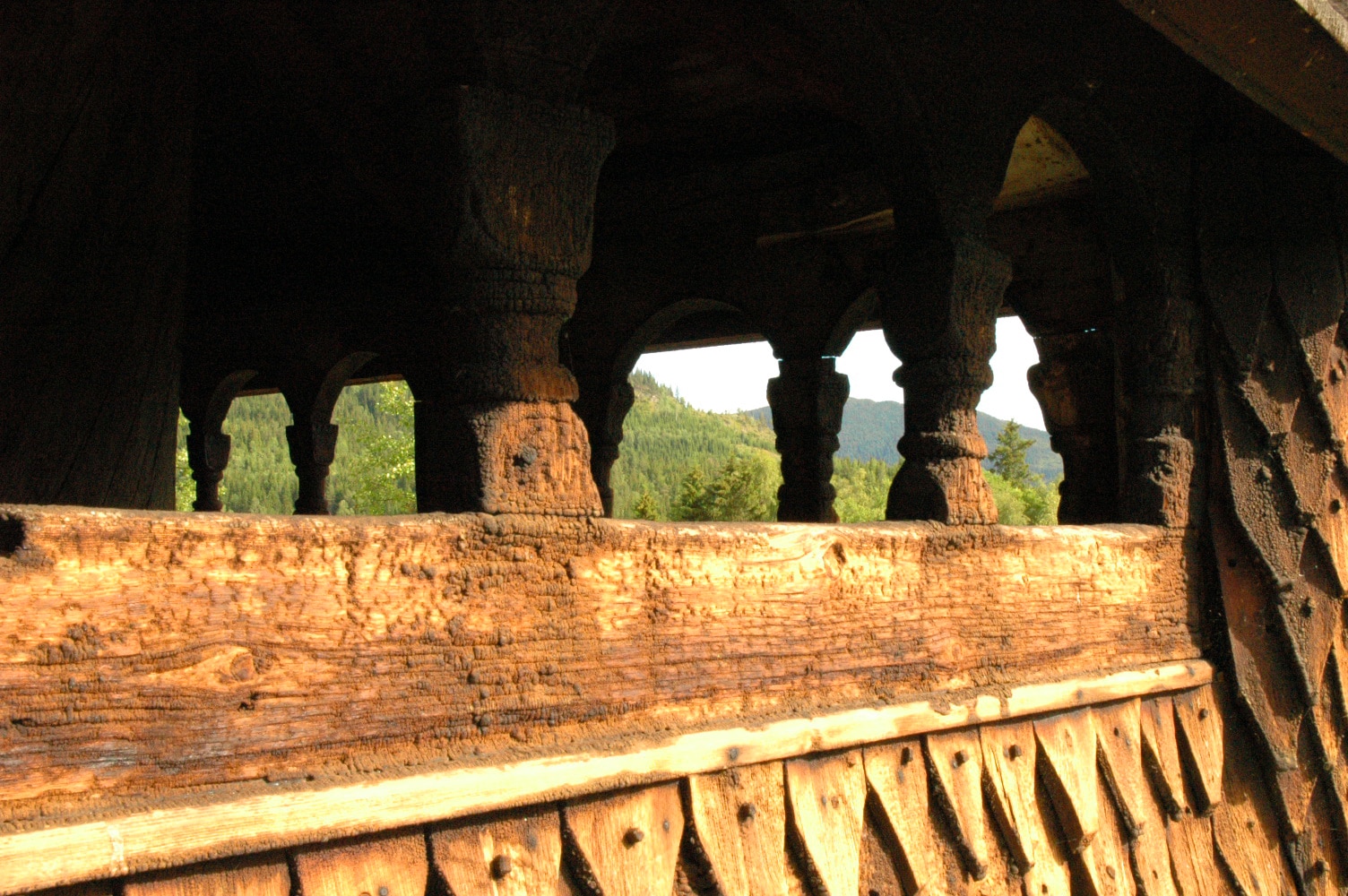 The stave church in Eidsborg also got a relic, usually a part of the saint’s body or an object he had touched. Relics were often put in a box and placed in the altar table in the chancel. The relic in Eidsborg was most likely one of the vials with Nicholas’ water from Bari in Italy.

The story about St Nicholas and the miraculous liquid in the vial, would surely be told by the priests on St Nicholas’ feast day, December 6th, and at the mass commemorating the consecration of the church. Naturally, the story became included as part of the Summer Solstice celebration by the pond in Eidsborg.

Already in the 14th century we know the parish of Eidsborg carried out their midsummer rituals in honor of St Nicholas. This tradition went on for almost 500 years!

After service on midsummer eve the priest led a procession where people carried the statue of St Nicholas down to the pond. They poured water on it, and those who touched it, were healed from diseases and forgiven their sins, just like they were in Bari, Italy.

It was not until the end of the 18th century, 250 years after the Reformation, that the Lutheran church was able to put a stop to this ritual. 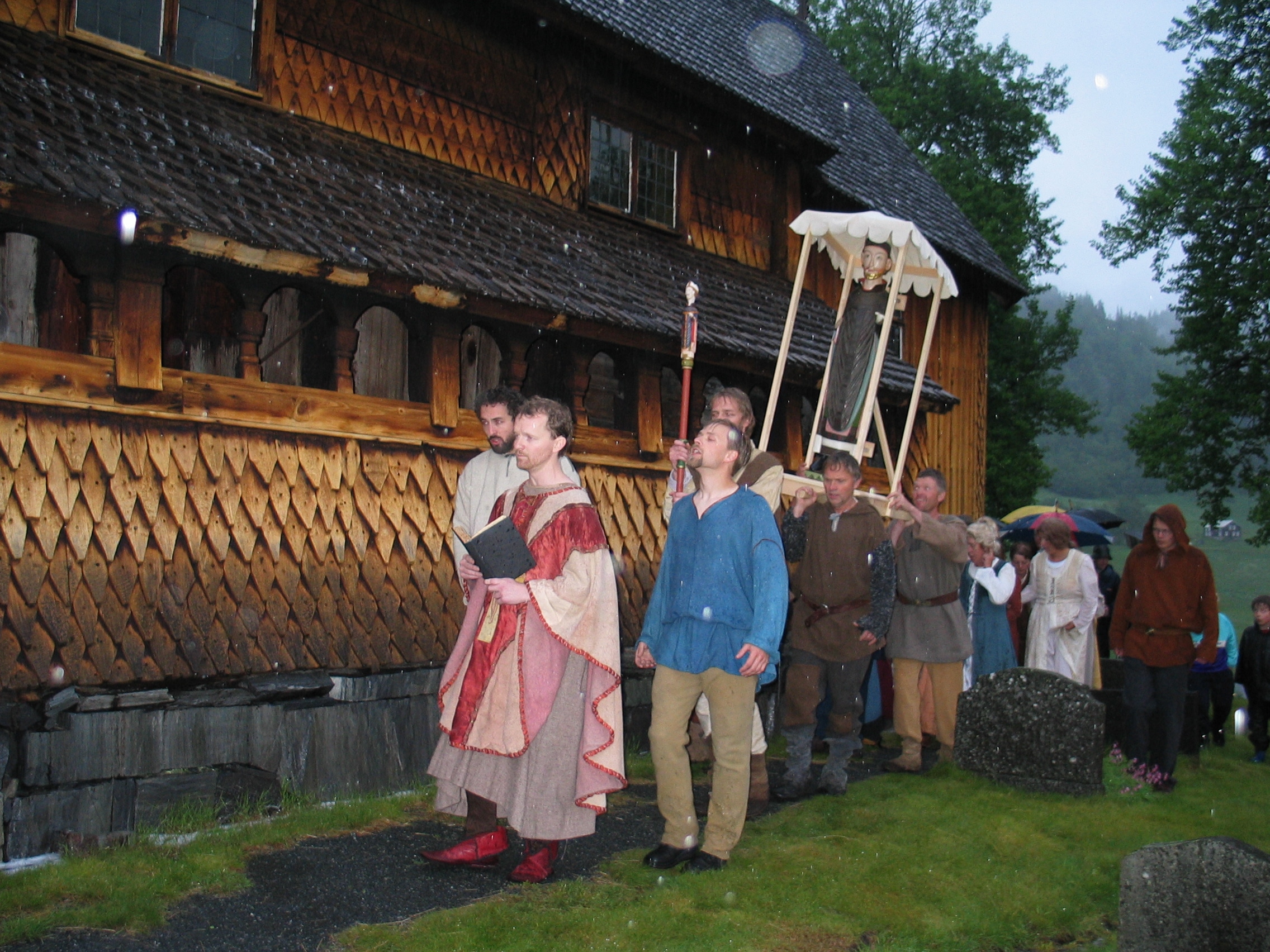 The statue of St Nicholas was removed from the church in 1826 and placed in the portico exposed to weather and youngster’s pranks. In 1836 it was brought to Christiania (Oslo) to the newly established Society of Cultural History and subsequently displayed in permanent exhibition of the Museum of Cultural History.

A true copy of the original was placed in the Eidsborg stave church in 1964.

Every year on Summer Solstice, the West-Telemark Museum carries out a historical reconstruction of the St. Nicholas procession, where museum visitors can attend.

«Three Young Men Killed in Fight over Property». This could have been the heading if it had happened today. But the dramatic tale is a legend of long ago. – It still lives on in local stories.

Nearly all the beers brewed by Lindheim Ølkompani contain a dash of unfermented apple juice.