«Three Young Men Killed in Fight over Property». This could have been the heading if it had happened today. But the dramatic tale is a legend of long ago.  – It still lives on in local stories.

Åse Stålekleiv from the farm Stålekleiv was the «Queen of Eidsborg» and was very rich. Her sister lived in Skafså – on the other side of the Dalen valley. The two sisters could see each other from across the valley. They were both stubborn and argued about who should own the lushes plain down below.

Check out this links and plan your trip to Dalen and West-Telemark Museum Eidsborg:

At that time, it was said that audacity was the greatest virtue, and a strong body the greatest treasure. Åse wanted her sons to grow strong and fearless. She wanted them one day to defend her rights and chastise her enemies. To achieve this, she knew that a nourishing diet was critical. Therefore, she tried out different advice and tested them on three of her young bullocks.

One animal received curdled milk. The second got ordinary milk. The third was given grains. All were named according to what they ate. Both the bullock which had ordinary milk, and the one which had grains, grew especially large.

One winter’s day Åse had the bullocks try out their strength by pulling three long stone columns from the local whetstone-quarry. They were to pull one stone each all the way from the local community and up along the hillside and moors. 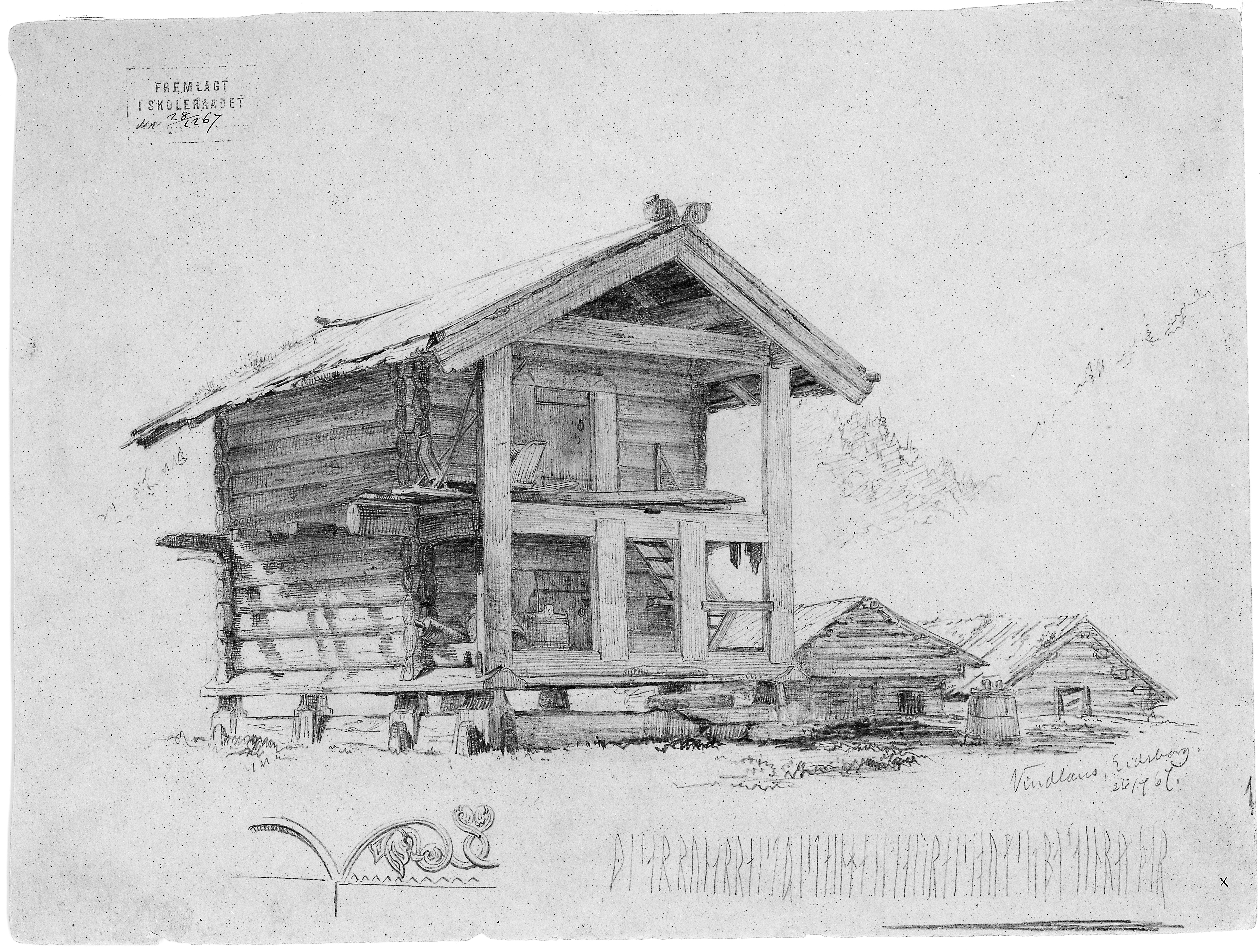 The bullock who had been fed on curd was the first one to give up. The stone was raised as a monument showing where it had stopped. The animal who had drunk milk, managed a little longer. Again, a stone was raised. The bull which had eaten grains, managed to pull the longest, and the last stone was raised. In this way Åse determined which diet to give her sons.

The old priest Landstad, writes that three tall stones exist along the road between Eidsborg and Høydalsmo. They stand «some hundred ells» from each other. These stones come from Eidsborg quarry where it has been excavated whetstone since the 700s.

In Eidsborg the Stålekleiv farm was situated with a grand view down into the valley and across to Skafså on the other side. It was said that Åse Stålekleiv was very rich because she owned all of Eidsborg. While others only needed a small pond to wet their linen in, she had such a large harvest that she needed the whole lake in Eidsborg for what she had cultivated. She stored all this linen in a large storehouse which her three sons had built for her. When the boys were young and looked after their mother’s cattle, they had carried with them a piece of lumber every evening. In this way, they had built the storehouse.

At the end of lake Bandak, on a sandbar where the river Tokke runs into the lake, we find the village Dalen. This is also how it was when Åse and her sister Gullborg lived in the hills across from each other.

Both the sons of Åse and Gulborg had become grown men, but the sons of Gullborg were huge. – «Almost as if they came from the trolls», wrote the old priest Landstad.

One day it was decided that the argument over the plain in the valley was to be settle in a sword fight between the sisters’ sons. The fight was to take place in the middle of the plain, and the family who came out victorious, would have the valley. 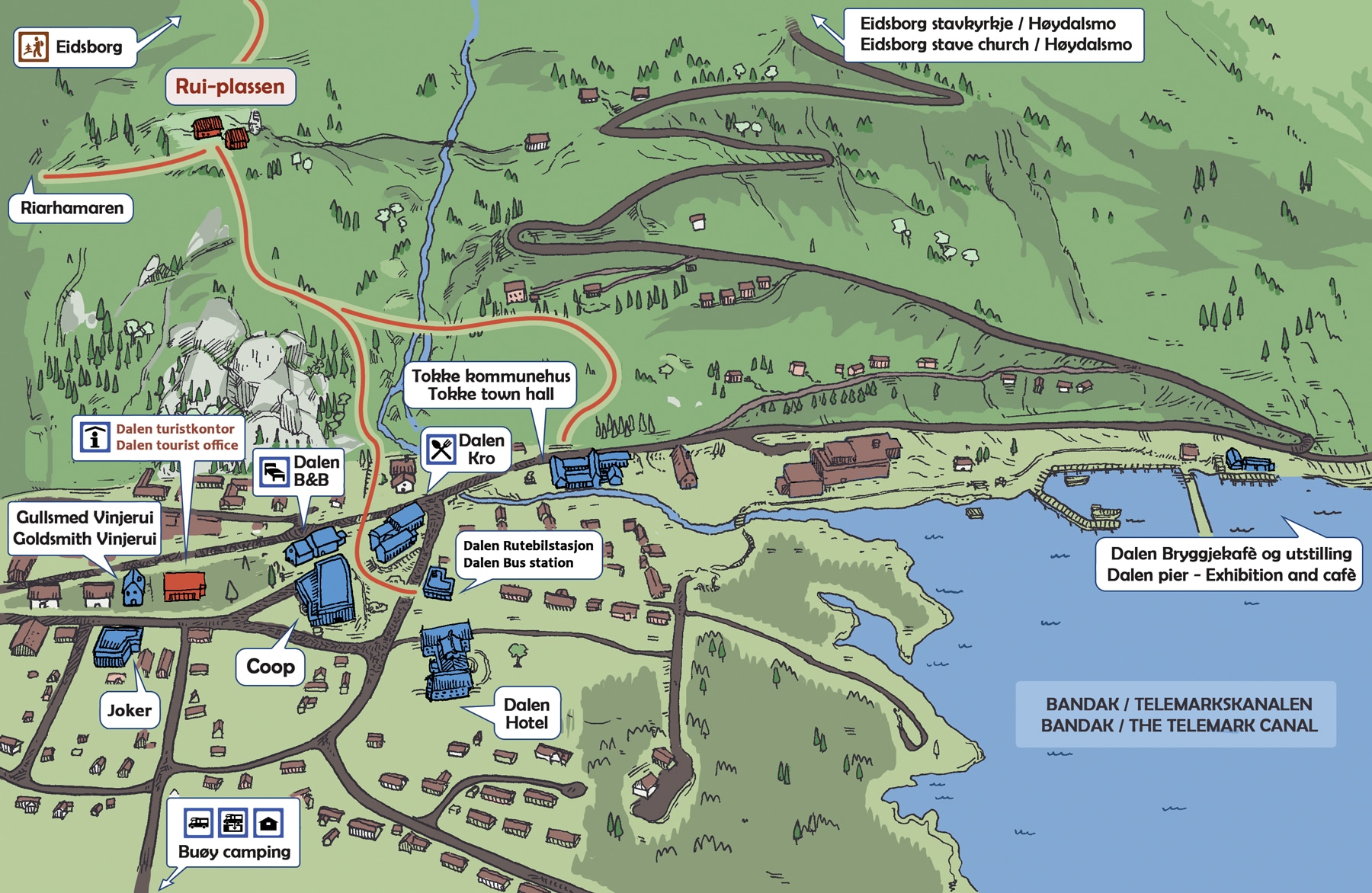 As the fierce fight took place, Åse Stålekleiv followed it from horseback up on a mountain ledge called Riarhamaren. She saw her sons being killed by their cousins, one after another. In the end her three sons were laying dead on the plain.

Åse Stålekleiv became furious, and did not want to live with such shame. From the story it seems that she went home to take care of her possessions. The legend tells how she lowered her silver and keys into the lake Mærdalstjønni by Lårdalsstigen. After that, she rode down to the steep ledge and rushed off the cliff while on horseback. 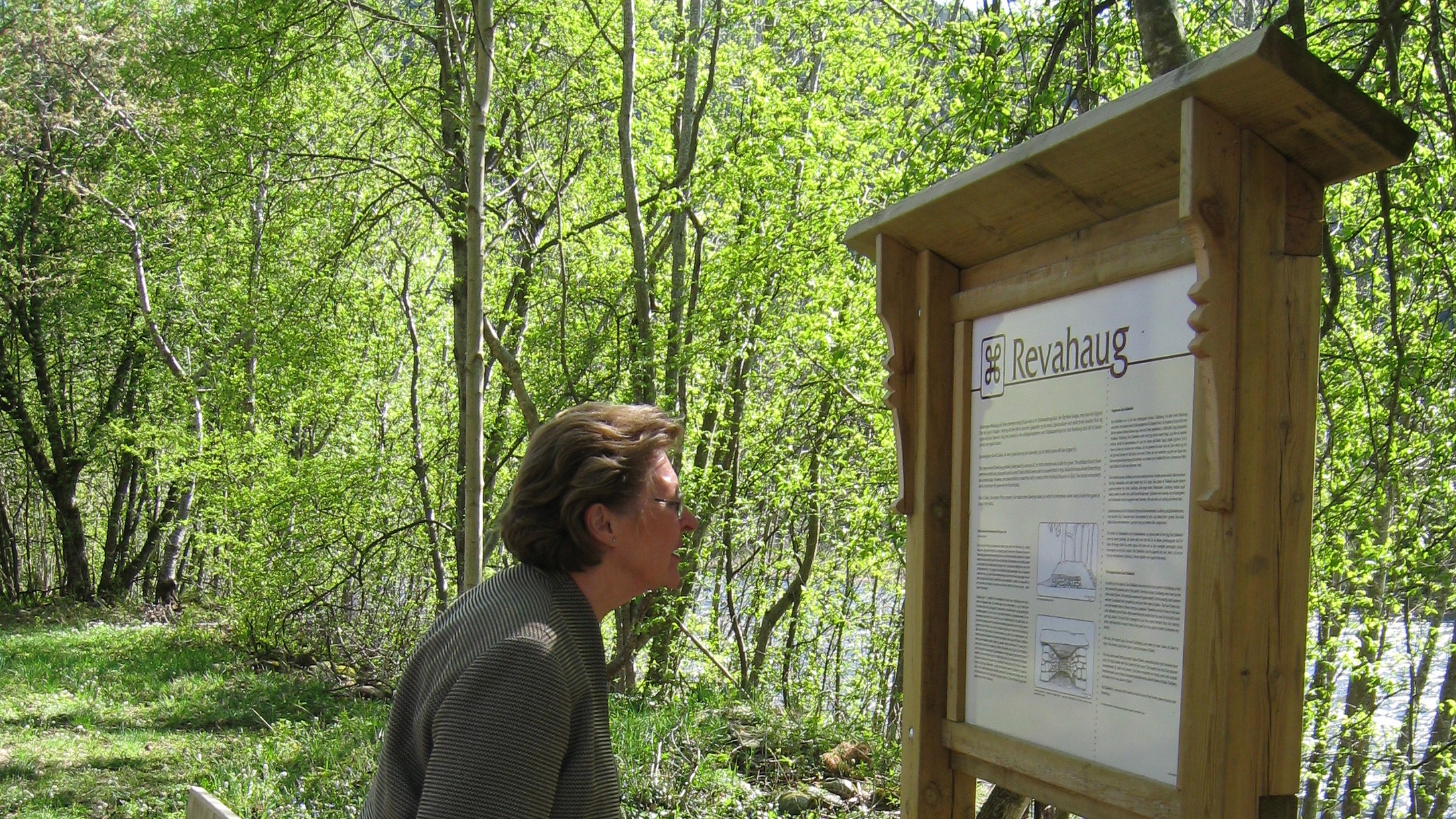 In Dalen there is a burial mound called Revahaug. The legend says that one of the sons of Åse Stålekleiv is buried there. By Revahaug there is an information board about this burial mound. (Pleace contact the tourist information office for further information)

But there are also traces after Åse Stålekleiv which are still possible to see today. We can visit her storehouse in Vest-Telemark Museum Eidsborg, and we can see one of the stone columns between Eidsborg and Høydalsmo. In the 1820s Magnus B. Landstad, the priest and hymnwriter, recorded the legend of Åse Stålekleiv. Even though the story sounds like a fairy tale with the number three repeated in «three sons» and «three bulls», it is a legend, and legends are derived from real events. 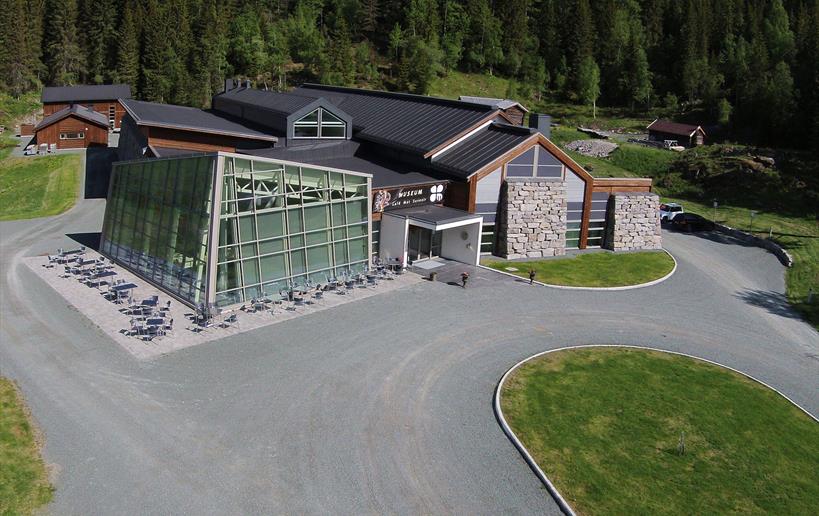 At the place where the storehouse of Åse Stålekleiv was situated, a farm named Lofthus evolved. The storehouse was probably the oldest house at this farm. Around year 1820, the storehouse was moved and set up at the farm Vindlaus. Therefore, it is also called the Vindlaus-storehouse, and is where we today find Vest-Telemark Museum Eidsborg.

The storehouse is the oldest non-ecclesiastical wooden building in Norway. For a long time, it was believed to be from the 1200s or 1300s, but closer investigations revealed that it is from around the year 1170.

Runes are carved next to the door at the second level. These are from year 1300. They translate: «These runes were carved by Vestein. Honour to the one who carved and to the one who interprets the runes.» Crosses on the door are painted with tar. They were meant to protect against superstitious beings that were believed to be a threat around «jul» (Christmas time). This belief was part of the old Norwegian folklore, as was also the belief in gnomes, trolls, wood nymphs and ghosts.

Take a trip to Eidsborg and the museum! Then you will come to the kingdom of Åse Stålekleiv. Here you will find her storehouse and memories from the past.

Nearly all the beers brewed by Lindheim Ølkompani contain a dash of unfermented apple juice.

Worshipping of springs and water on Summer Solstice have been part of Pagan traditions in Norway long before Christianity. People believed that water and even dew on the grass acquired special powers that night.